gemini is a pair of interactive scarves designed for couples, especially ones in long distance relationships.

As a scarf, gemini is a fashion accessory. Though scarves are meant to be worn during particular temperature ranges, gemini's lightweight fabric is less restricting and can be worn during any season. The scarves are also interactive, in that there are forms of input and output which can be used to communicate with each other.

gemini attempts to bridge a physical gap between two people who are far away from each other. By using simple but meaningful gestures, it aims to warm the hearts of its wearers (rather than their necks) through serendipitous coincidence.

What makes up gemini?

Two Arduino Megas were used for this project. Here is the prototype wiring setup to test functionality before building the final version of the prototype. 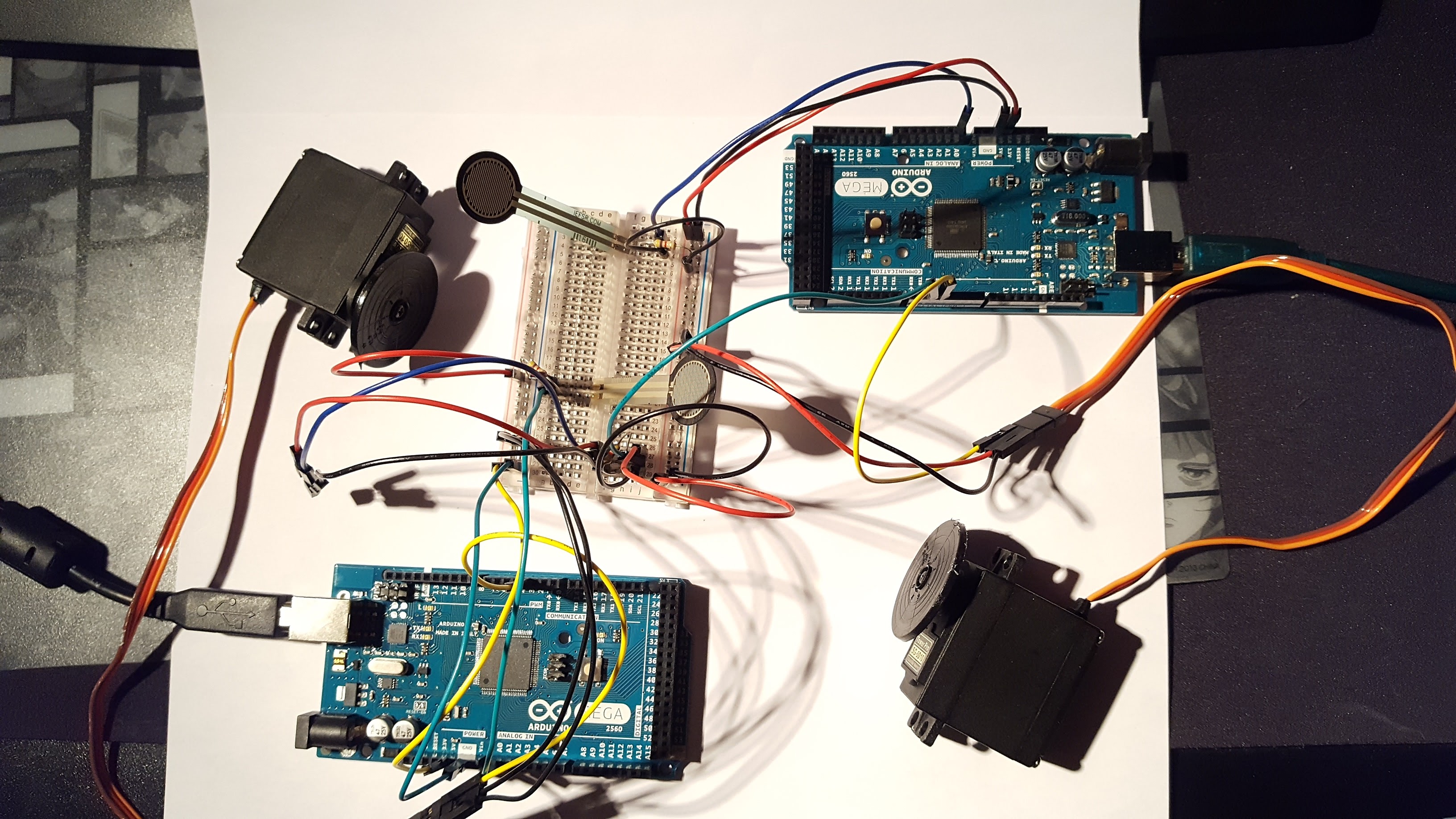 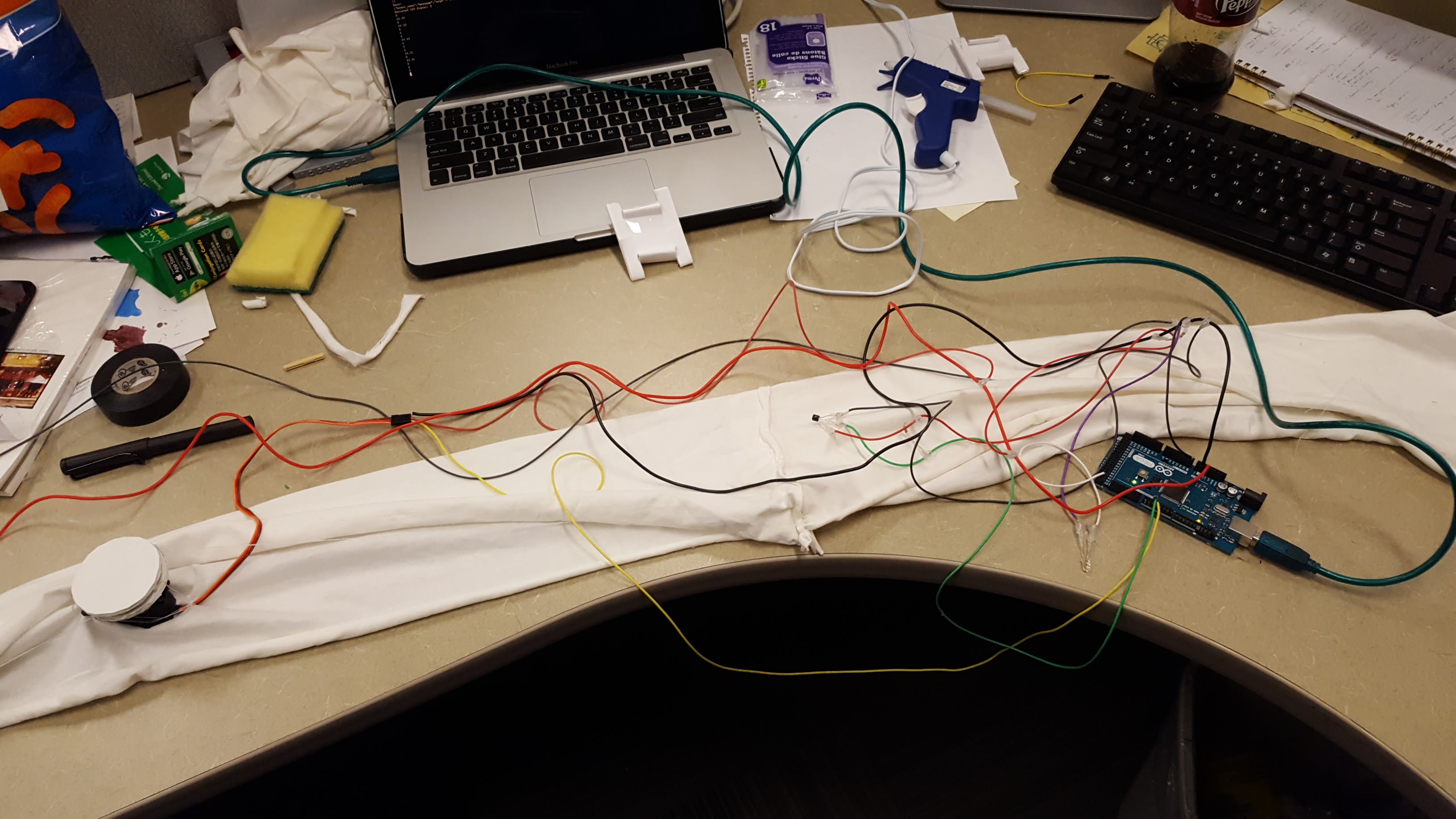 The scarves are made of white fabric, handsewn together. In hindsight, there was a knitting machine that would've done the job just fine. The electronic components have been soldered and hot-glued together.

This is a passive interaction that takes indirect input from the wearer. A digital thermometer detects whether the scarf is being worn or not by using the wearer's average skin temperature (30 degrees Celsius). When the thermometer detects a temperature of over 30 degrees, it sends a message to its counterpart scarf, turning on an LED at one end of the scarf. In this way, the other user is now aware that their significant other is currently wearing their scarf. 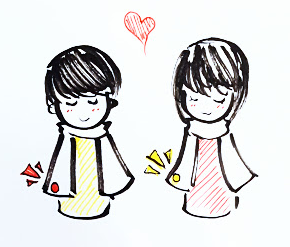 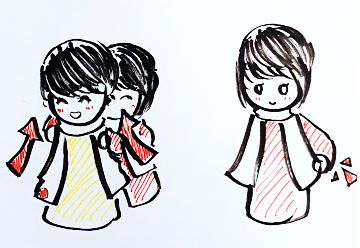 This is an active interaction where the wearer can squeeze a force-sensitive resistor in (FSR) the opposite end of the scarf from the LED. This sends a message to the scarf's counterpart, activating a servo motor that pulls on the ends of the scarf, effectively shortening it and tightening it slightly around your neck. Though the sudden movement can be surprising, it quickly becomes heartwarming as you realize it's a "hug".